Vintage Sci-Fi and classic gameplay now together in 3D!

A ferocious insect army has emerged from the planet Verminest and is spreading throughout the galaxy. Defend five worlds and fight the plague to reach the very nest of Queen Verminia. 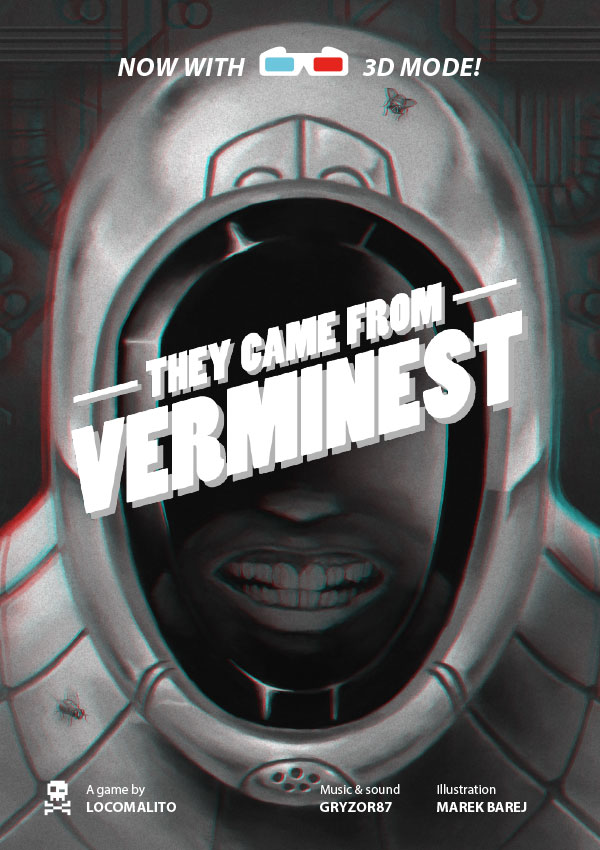 Black and white graphics, film grain and 3D for anaglyphic glasses will take you back to the arcade rooms of the 50s that never existed. Reckless pilots have their reward in Verminest: destroy the leaders first and kill the insects at close range to get medals and bonuses. A playable experience for vintage Sci-Fi lovers. 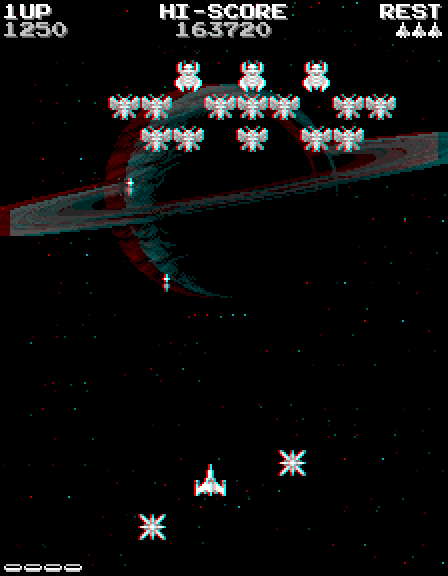 Early arcades like Galaga, Phoenix, Centipede or Moon Cresta and vintage Sci-Fi movies like Them!, The Deadly Mantis, Black Scorpion, Tarantula or even Godzilla. 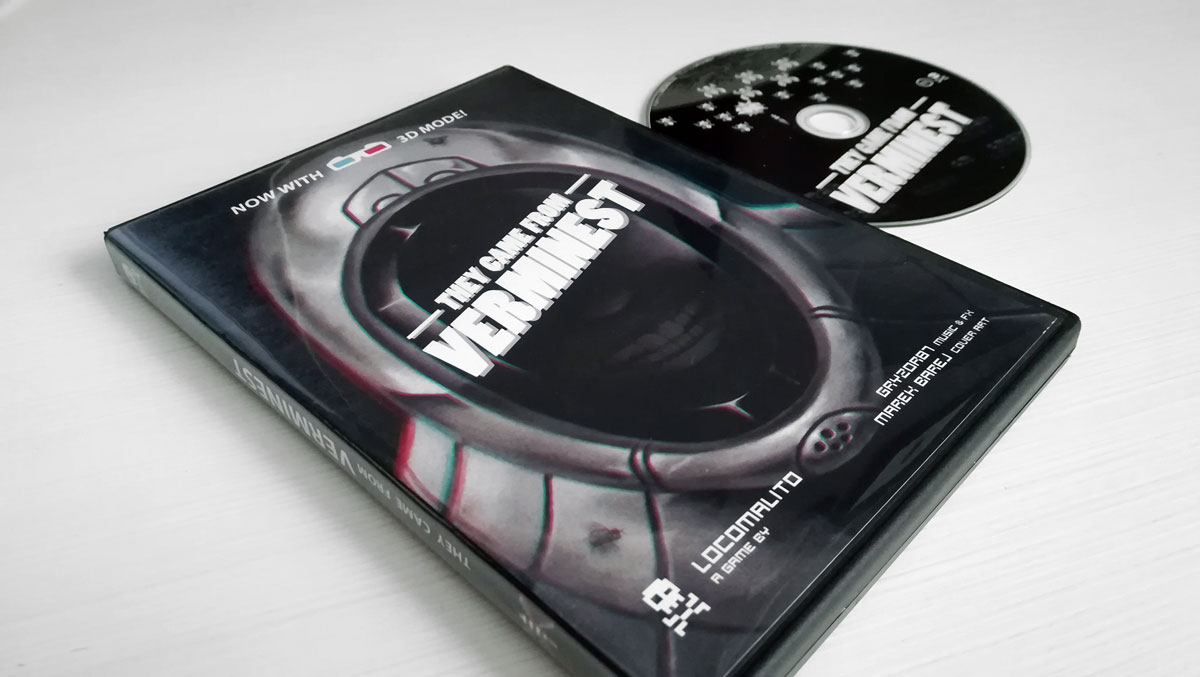 I always wanted to make a fixed shooter game, but after playing Galaga on an original cabinet again in October 2011 I decided to take the step, contributing some ideas I had in mind for years. We filmed the trailer at home with a handcrafted miniature set, and the experience was so fun that we created a making of document. In 2016 I reimagined this game to create Death Came from Verminest, an exclusive game for arcade rooms.