Enter the last gladiator show of the Solar System

To commemorate the end of the Solar Wars and warn future generations about the horrors of the interplanetary conflicts. Once again, the Helios Space Coliseum opens its doors for the Solar Gladiators! Welcome to the ultimate battle show! 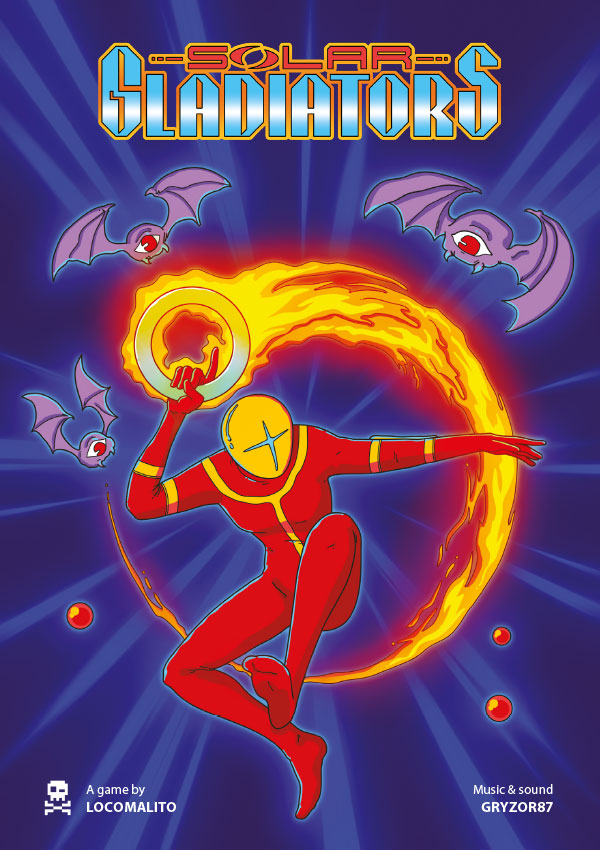 Solar Gladiators is a top down arena shooting game that mimic the technical limitations of the MSX1 computers. Use your bouncing disc as a weapon and roll to avoid enemy attacks. Face 15 different opponents, learn about their unique attack patterns and rise as the champion of this ancient competition. 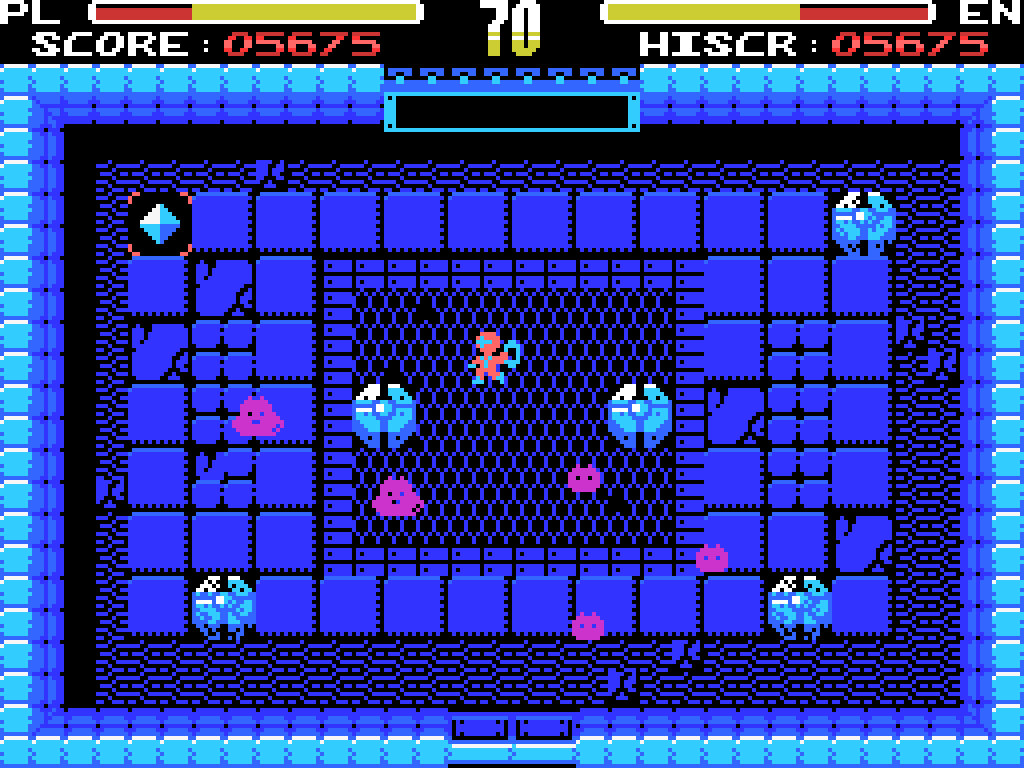 The discs of Tron, the chakram of Xena, the gladiators of ancient Rome and the Japanese MSX1 video games.

The game was entirely made as an improvisation exercise during the Covid-19 lockdown. It was good for my mental health. It uses some assets from an abandoned project I started some years ago. I did most of the sound effects out of curiosity and thanks to the tips by Gryzor87. I never saw an MSX when I was a kid, but I discovered the system through emulation and I was amazed by its simplicity and its curious way of managing colors.