The extended and enhanced version of Hydorah

Meropticon has declared war on the Omios star! Fly with the space fleet in a campaign to set free invaded planets, destroy enemy bases and discover the misterious force behind the attack. Biomechanical enemies, space creatures, exotic planets and climatic threats are waiting for you, so take the controls of your ship and prepare to die!

Super Hydorah is a non-linear space opera shump focused on variety and adventure. It takes action on 21 planets, each one with unique landscapes and dangers. Equip your ship with a set of weapons before each mission, level up your firepower during the fight and unlock new weapons by defeating bosses. It has been carefully designed so the challenge is fair even in the harder moments of the game. The difficulty oscillates between levels, so practicing with your favourite set of weapons and choosing a path carefully is essencial in order to progress. At a production level, detailed pixel art, smooth animations and the huge soundtrack composed by Gryzor87 work together to bring you the feeling of a great space adventure. 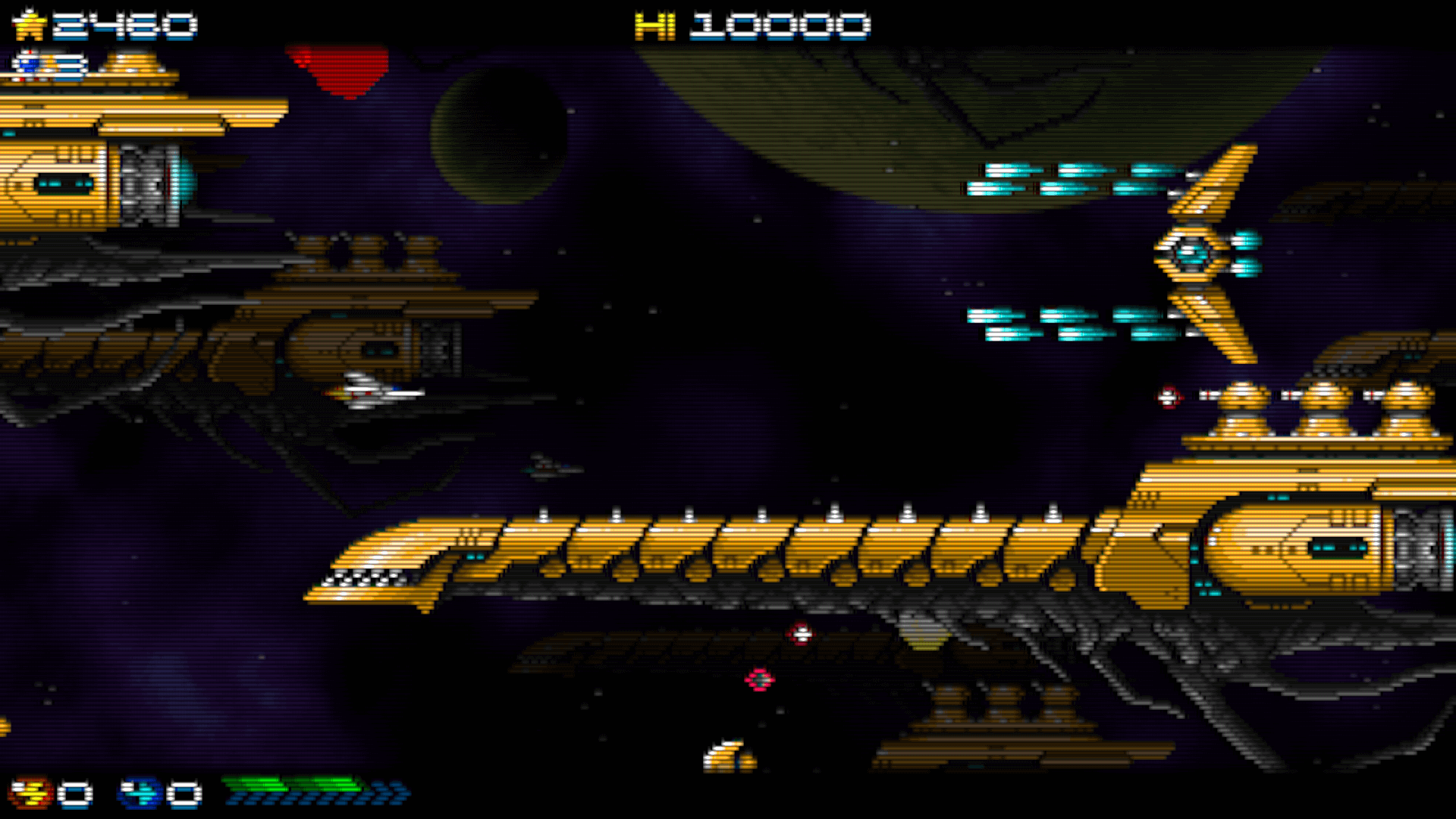 Hydorah is the bastard son of a hundred classics. It has the genes of big sagas like Gradius, R-Type, Darius or Turrican but also the ones of not so well-known titles like Enforcer, Space Manbow, Hellfire, X-Multiply, Guardian, Hydefos, Armalyte and more than 100 games from many platforms that have been thoroughly studied to distill the best of them.

If making Hydorah was my childhood dream, making Super Hydorah goes far beyond what I ever imagined. Once again, the project tooks insane amounts of time and energy, but I worked hand to hand with the legendary Alberto McAlby on the new features and it finally came out as a much better game. It received the Hobby Industria Award as the Best Spanish Game of 2018 and the DeVuego Award as the Best Spanish Mobile Game of 2018. Limited Run Games produced an special edition that were sold out in minutes. Super Hydorah AC, the arcade version of Super Hydorah, was featured in the initial catalog of the EXA Arcadia platform when it was presented at JAEPO 2018, the biggest arcade and amusement expo in Japan.