The playability of early arcades now up to 4 players

SOS! Your space pod has been forced to land on a planet infested with giant insects from Verminest. Fight with your companions to survive waves of incoming enemies with the hope of being found by a rescue unit. 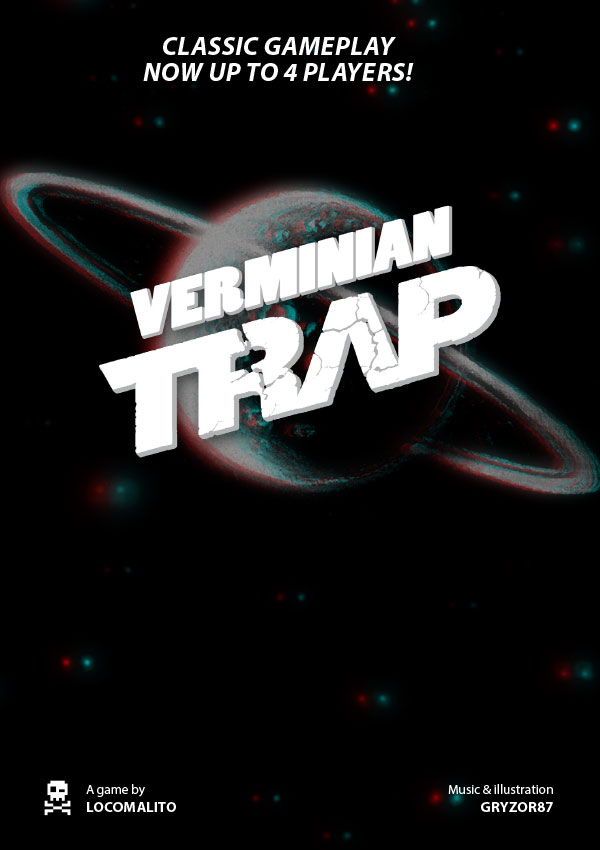 Verminian Trap is a fixed screen maze game where you must battle endless waves of enemy bugs. It features three different game modes: Arcade, capture flags and get points first, the last two being competitive modes. To fully enjoy this game you'll need some friends around. 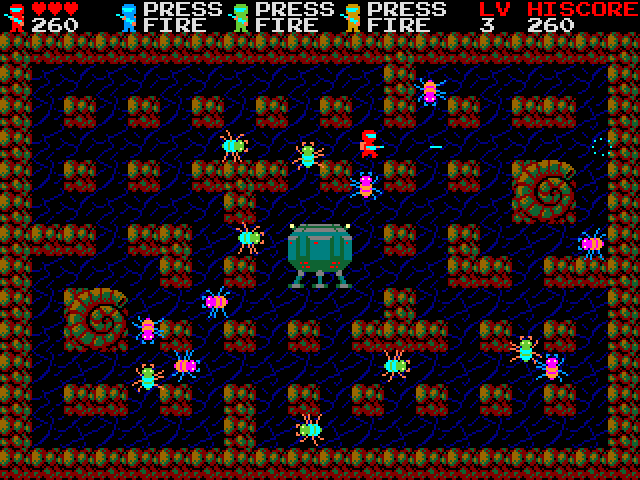 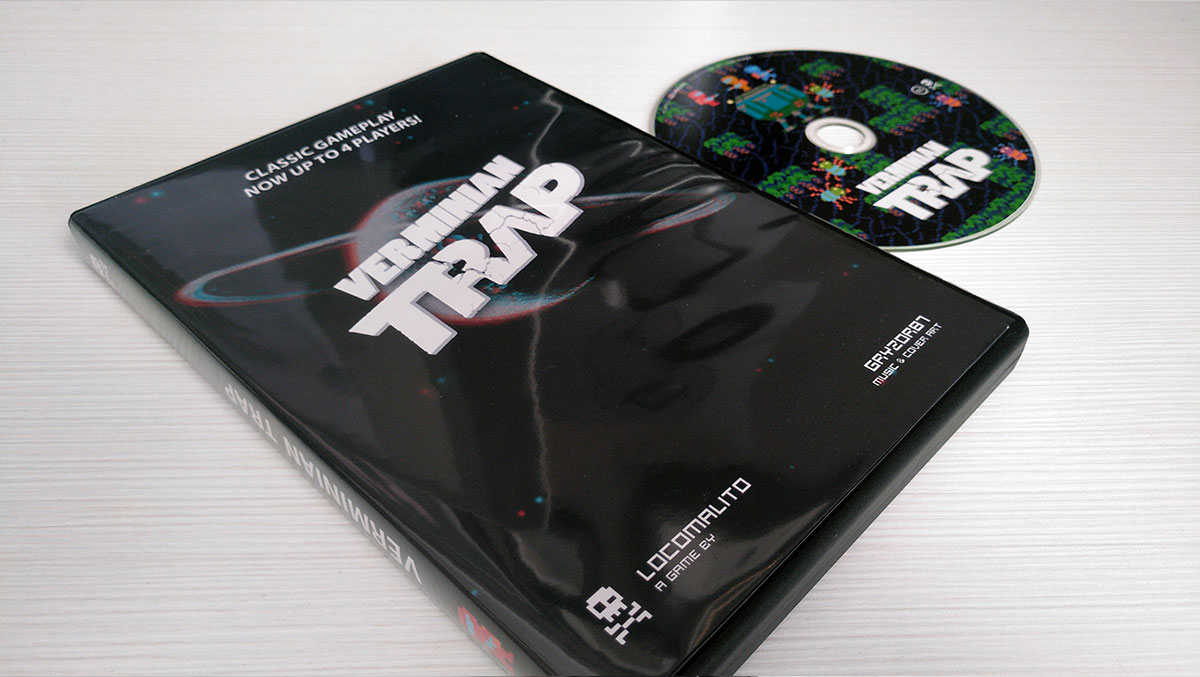